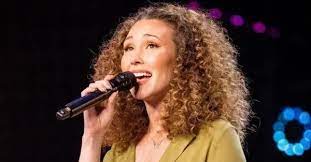 With the 4th of July fast approaching PBS will be celebrating America with their 42nd Annual 4th of July Concert hosted by Mickey Guyton!  One of the performers will be singer/songwriter/actress Loren Allred who is the voice behind the song “Never Enough” from the Hugh Jackman movie “Worlds Greatest Showman”  Plus Loren was recently a finalist on Britain’s Got Talent as well as a contestant on NBC’s The Voice back in 2012!   Kix 95.3 Morning Show Host The Luceman, had the pleasure of having Loren Allred as a guest on his show, where they talked about being on this years “A Capitol Fourth” Concert, as well as new music, and the hit song “Never Enough”  Check out the interview Below… As well as a preview for “A Capitol Fouth” airing on PBS this Fourth of July at 8pm!

For more on “A Capitol Fourth” just click HERE!!