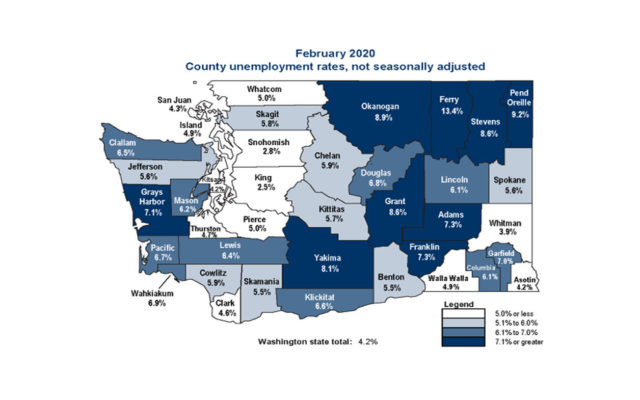 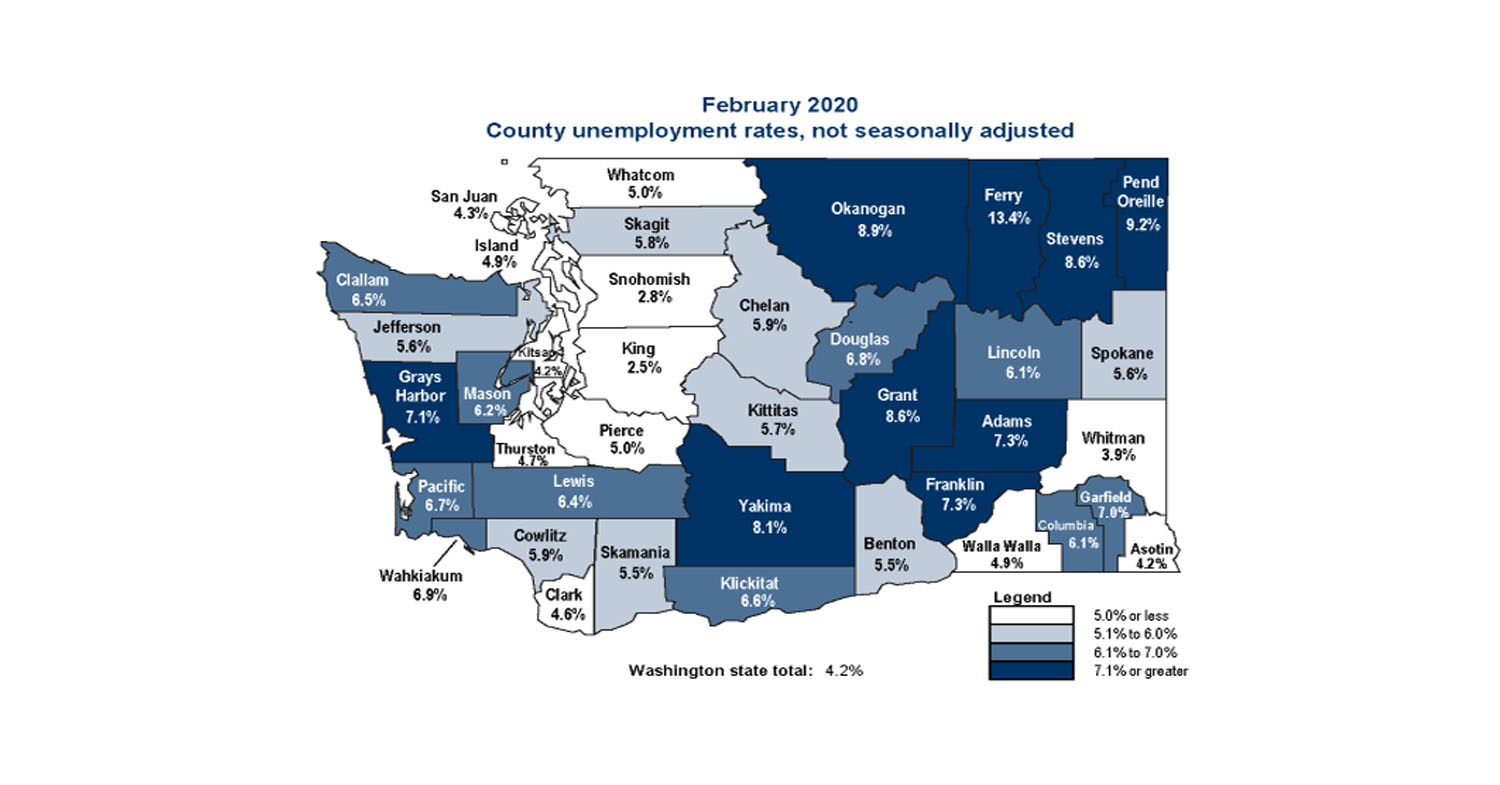 Grays Harbor, WA – Grays Harbor’s unemployment rate was going down before the impacts of the corona virus began.

According to the Employment Security Department, the unemployment rate in Grays Harbor for February was the ninth highest in the state and had dropped from 7.6% in January to 7.1%.

While the labor force and total employment was down from January, there were also 161 fewer people on unemployment in February.

There were over 1,000 more people employed this February than in 2019.

Pacific County stayed at 6.7% which was the 13th highest in the state. 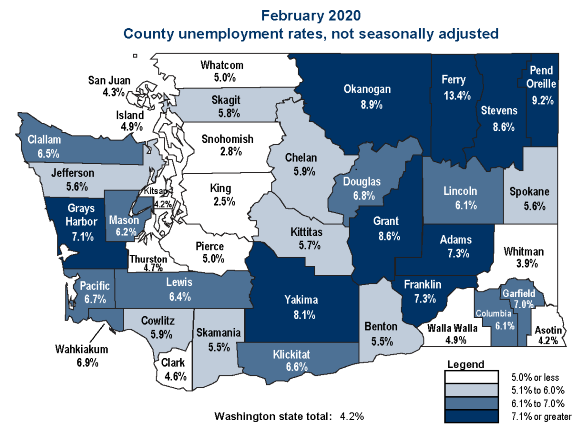