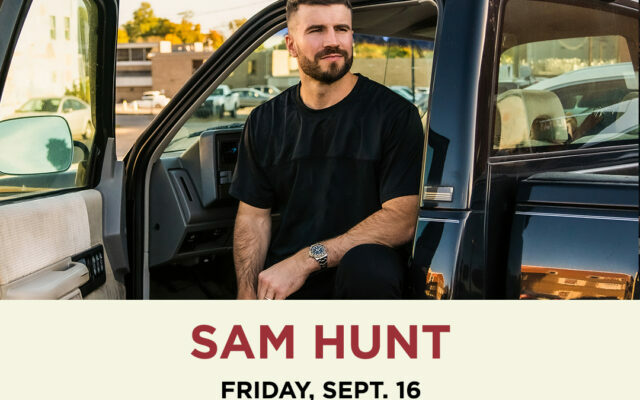 Or maybe we should call it Free Ticket HUNT DAY!  Because we’re giving away tickets to see Sam Hunt at the WA State Fair!  BUT this time instead of Friday, it’s Wednesday “Humpday”  Just listen to the Luceman in the morning at 7:50 and 8:50 a.m.     When he tells you to text in be the 95th person to text in the code word:

To purchase tickets to See Sam Hunt or any other show at the WA State Fair just click HERE!!

Multi-Platinum-selling, award-winning hitmaker Sam Hunt’s sophomore album Southside debuted to critical acclaim and was one of the top country albums of 2020 landing at No. 1 on the Billboard Country Albums chart. Named one of the Best Albums of the Year by The New York Times and US Weekly, the Platinum-selling project features 12 songs all written by Hunt including his No. 1 hits “Kinfolks,” “Breaking Up Was Easy in the 90’s,” one of NPR’s Best Songs of 2020 “Hard To Forget,” and his three-week No. 1, 8x Platinum-selling, GRAMMY-nominated smash, “Body Like A Back Road.” Hunt’s latest song “23” is playing on country radio now.

Southside follows Hunt’s GRAMMY-nominated, Triple-Platinum-selling debut album, Montevallo, which also topped the Billboard Country Albums chart and produced four No. 1 singles. All ten tracks on Montevallo are RIAA certified with six achieving Platinum or Multi-Platinum status including “Leave the Night On,” “House Party,” “Take Your Time,” “Break Up In A Small Town” and “Make You Miss Me.”