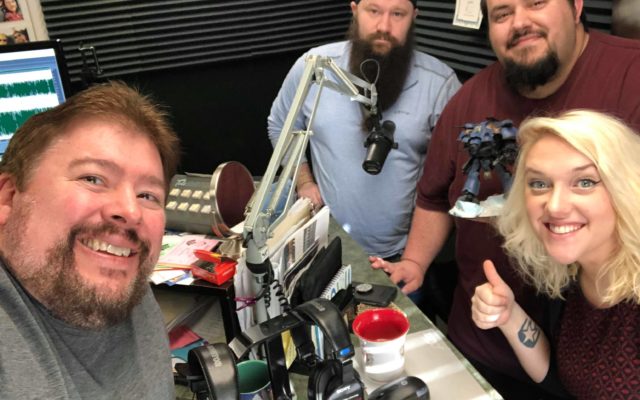 Luke Tackett and Jason Byrd of Aberdeen love playing tabletop games.  They love it so much that they decided it was time that Grays Harbor had an event around it.  Thus the idea for Grays Harbors first game tournament was born!  So they went on kickstarter to get the funds and now Harbor Dice Con will have it’s inaugural gaming tournament this December 7th and 8th!

Luke and Jason stopped by the kix 95.3 morning show with The Luceman & Logan and told us all about it. Check out the interview below!

At Harbor Dice Con, players can anticipate games of Warhammer 40k and Magic the Gathering, with possible events of Dungeons & Dragons, X-Wing, Yu-Gi-Oh! and more.

“ The tournament will go up on Best Coast Pairings and all your favorite Facebook Groups.”