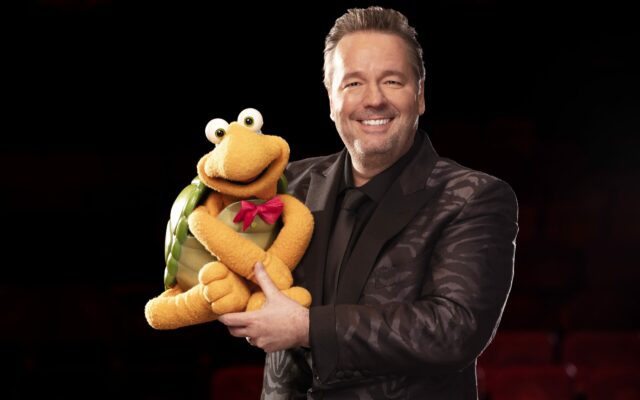 “America’s Got Talent” winner, ventriloquist Terry Fator, is performing at the Lucky Eagle Casino in Rochester, WA on Saturday, Oct. 29, 2022 at 8 p.m.   Terry Called in to the Kix 95.3 morning show earlier today and talked with The Luceman in the morning about the show as well as how he got started in show business and more check out the interview below along with links to get tickets and more!

Terry Fator became a household name when he won Season Two of “America’s Got Talent,” which showcased his unique brand of entertainment that combines singing, comedy and unparalleled celebrity impressions. After 25 years of honing his skills at venues and county fairs across the country, the Dallas-bred entertainer’s “AGT” win catapulted him into the upper echelon of entertainers, and eventually led to a record-breaking 11-year run at The Mirage, where he performed in front of millions. Last year, Fator opened his new Las Vegas show, “Terry Fator: Who’s the Dummy Now?” at Liberty Loft inside New York-New York Hotel & Casino, which was voted Best Casino Show by USA Today’s 10Best Readers’ Choice in 2021