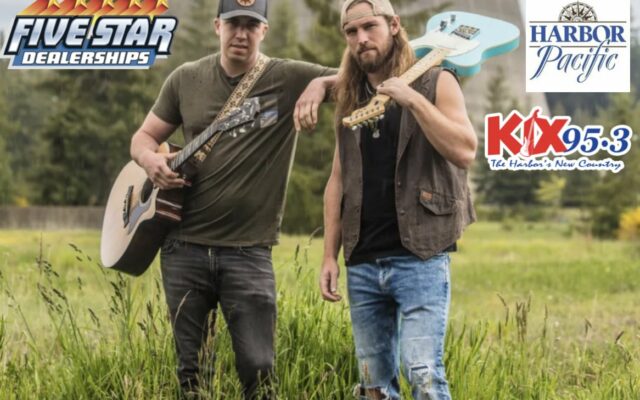 Presented by Five Star Dealerships and Harbor Pacific, The Olson Bros Band and Electric Eye will be rocking a Holiday Concert on Thursday, December 8th at the 7th Street Theater in Hoquiam, WA!
Show starts at 7 PM!
Tickets are $20 and you can snag them at the link below!
https://www.7thstreettheatre.com/…/olson-bros-christmas…
20% of all Proceeds will go to Family Promise of Grays Harbor!
https://www.familypromiseofgraysharbor.org/
MORE INFO TOBB:
Washington State natives The Olson Brothers burst onto the country music scene in 2013 winning a national songwriting contest with their original song “Sunrise” (inspired by a sunrise overlooking Mt. Rainier) where they won a trip to Nashville and were introduced at the Grand Ole Opry. Since then, the Brothers have released 4 studio albums getting some radio play, and have toured all over the Northwest opening for the likes of Dwight Yoakam, Dylan Scott, Justin Moore, Craig Morgan, Niko Moon, Sawyer Brown and more.
The Brothers released their 4th studio album “I Bleed Evergreen” in summer 2021 with the title track gaining regional radio play and TV airplay in a Subaru Commercial. “Kill Your Mom”, a heartfelt song about family and loss, won them 1st place in the country category in the “Unsigned Only” national songwriting contest in 2021.

Check their song “The Best Christmas Ever”!