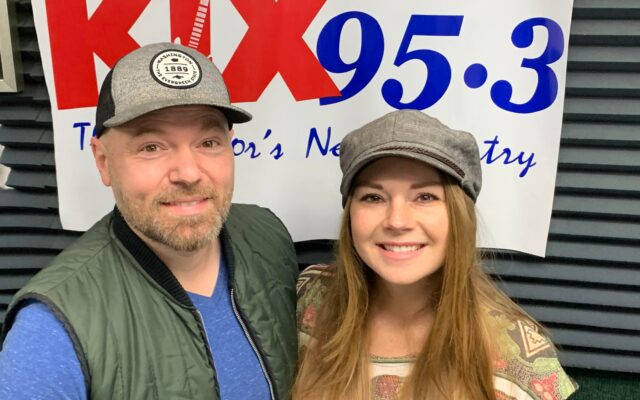 From left: Mattiniah and Ericka Corben

What has Ericka Corban been up to? Traveling around the country with her husband Mattiniah and their 5 kids in large motorhome seeing the country and writing music! They Told us all about it, as well as playing her new song “Soul of the Heartland! Plus she will be playing a show in Montesano Friday May 13th 2022, More info below and Check out the interview below!

Also Ericka will be doing a special one night only live performance on May 13th at the Old Monte Theater,  114 W Marcy Ave Montesano, WA at 7:07 PM For tickets just click HERE!!  For more information on the show see below!
Spring Evening Serenade
with
Ericka Corban
Join us on May 13…

for charcuterie, sweets, bubbly drinks… and great music! Bring a date, a friend, or take your mom out for a belated Mother’s Day gift. This is a one-of-a-kind event that will feel like a private concert at the historic Montesano Theater with some of the best local musicians accompanying Ericka. The cost is $20 per person.

About the Artist: Singer/songwriter Ericka Corban and her husband Mattaniah traded in their dream home on the Washington Coast for the opportunity to travel the country full time with their five young children, writing/recording and sharing their music along the way.

Her music is influenced by her love for folk, pop and the country music she grew up listening to. Ericka’s songs have been used in Indie Films, Starbucks global playlist and she appeared on Season 12 of the hit TV show THE VOICE. She plans to continue writing and recording her original music, as well as begin a collaborative project with her husband under the band name Halley + Jupiter.

Besides her love of music, Ericka has also published a series of children’s books somewhat accidentally when she began mixing her love of rhyming with bedtime stories for her children. Now her books have touched the hearts of thousands of children across the country, and even around the world. You can listen to a special audio version of Tippy the Owl, voiced by their young son, on YouTube.