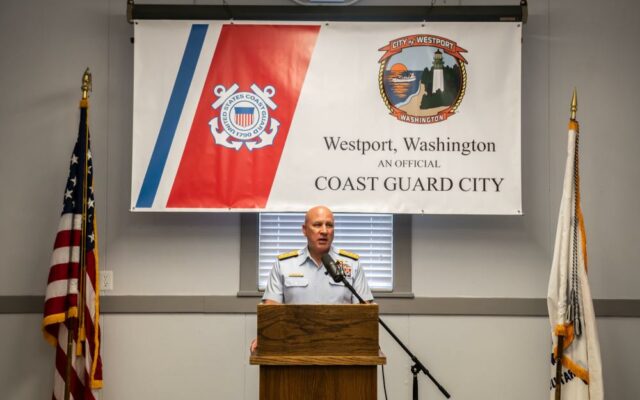 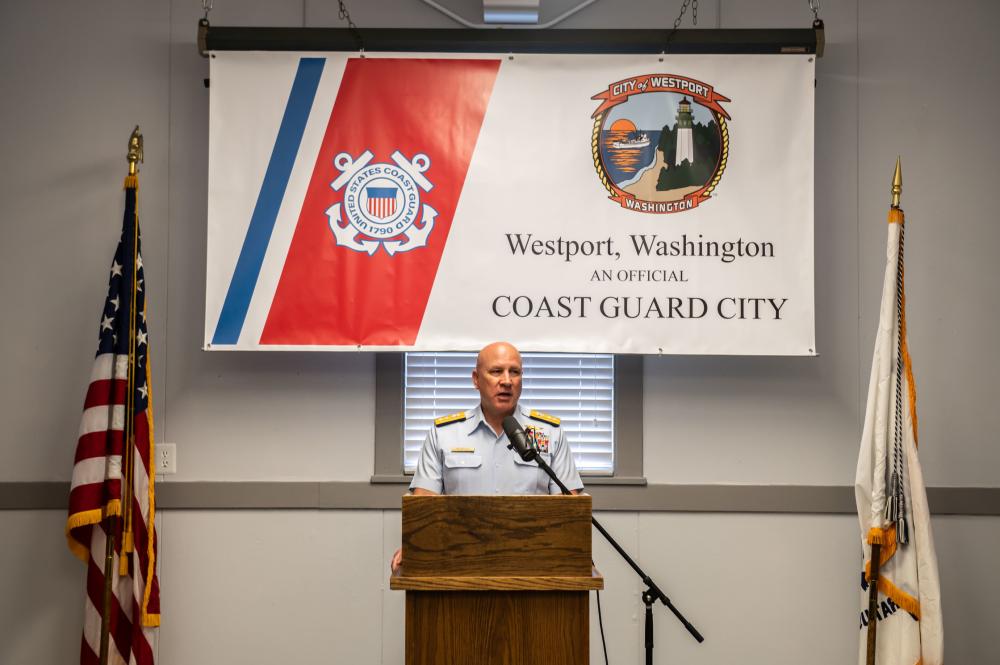 Westport has been officially named as a Coast Guard City, nearly three years after the honor was announced.

The Coast Guard held a ceremony Saturday for the 28th Coast Guard City in the nation at the Westport Maritime Museum.

The City of Westport was originally named an official Coast Guard City on Sept. 30, 2019, but due to the COVID-19 pandemic, the ceremony was rescheduled.

The museum was built in 1939 as Coast Guard Lifeboat Station Grays Harbor.

Westport has a rich Coast Guard history and has shown support for the members since the establishment of the Grays Harbor Lighthouse. Each year the City hosts a dinner party for the crew members.

The Coast Guard City program was established by the United States Congress in 1998 to recognize cities where military assets of the U.S. Coast Guard are located and which demonstrate support to Coast Guard personnel stationed there.

The first city so designated was Grand Haven, Michigan.